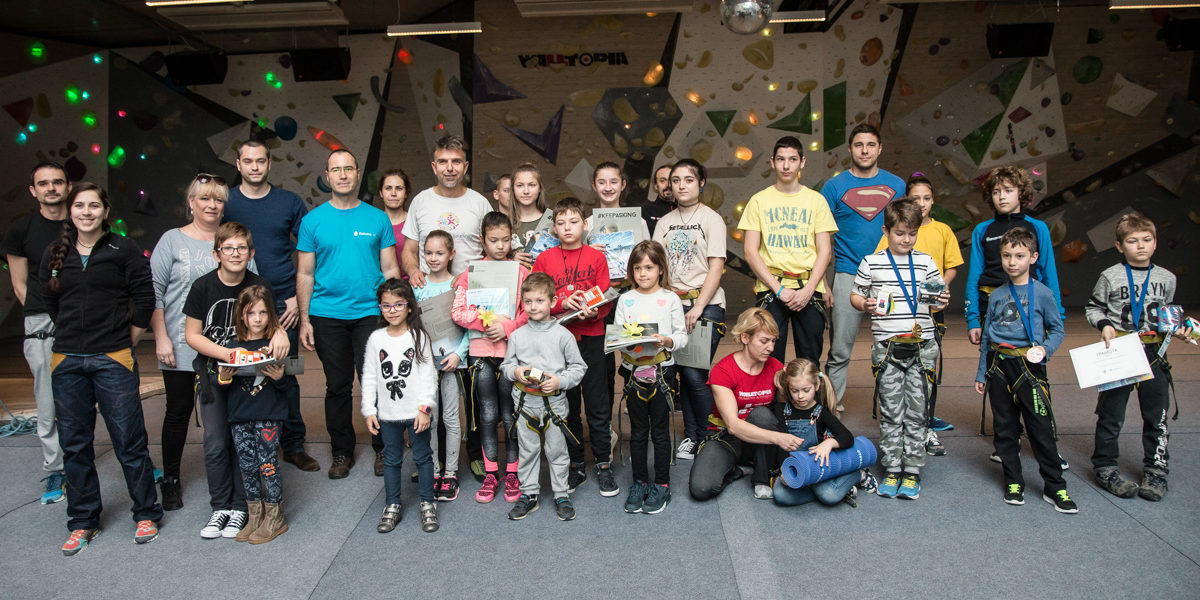 Over 30 children took part in a unique wall-climbing competition titled “With Diabetes to the Top” in Sofia, Bulgaria. The event is the first part of Sirma Medical Systems’ charity campaign of the same name for children and young people with diabetes.

The competition was organized with the help of the National Association of Children and Young People with diabetes, as well as renowned altitude climber Boyan Petrov, who was in charge of preparing the routes and preside over the judges in the contest. While preparing the participants, he was assisted by the instructors of Walltopia Climbing Center – the most modern climbing facility on the Balkans, where the event took place.

The contestants were grouped by age – 6 to 10 and 11 to 18 years old. They competed in two routes in the disciplines “Speed Climbing” and “Difficulty” in lead climbing. During the competition, the youngsters showed considerable skill and even managed to impress their instructors.

At the end of the event, Boyan handed out the awards in both age groups on an improvised podium. The winners in the “Lead” category took home medals and certificates, as well as special awards for their performance.

“The point of this campaign is to show children and young people with diabetes, that nothing is beyond their reach. With a little help, discipline and the right monitoring and control tools, they can achieve anything. That is exactly what we are trying to do developing Diabetes:M – to provide people with diabetes with a useful tool, to help them in their daily struggle with the condition. My sincere thanks go to Boyan Petrov, Elisaveta Kotova from the National Association of Children and Young People with Diabetes and the managers and instructors from Walltopia, who took the initiative to heart and did everything possible for the successful start of this campaign. By the end of the year we have planned several more such events, aimed at motivating young people on their way to the top”, said Ivan Yordanov, Marketing Manager of Sirma Medical Systems.

Boyan Petrov is one of the most accomplished altitude climbers in the world. As of September 2017, he has climbed 10 eight-thousanders, all without supplementary oxygen. This achievement makes him the Bulgarian altitude climber with the highest number of peaks over 8000 meters. Boyan Petrov is a cancer survivor and a type-1 diabetic.