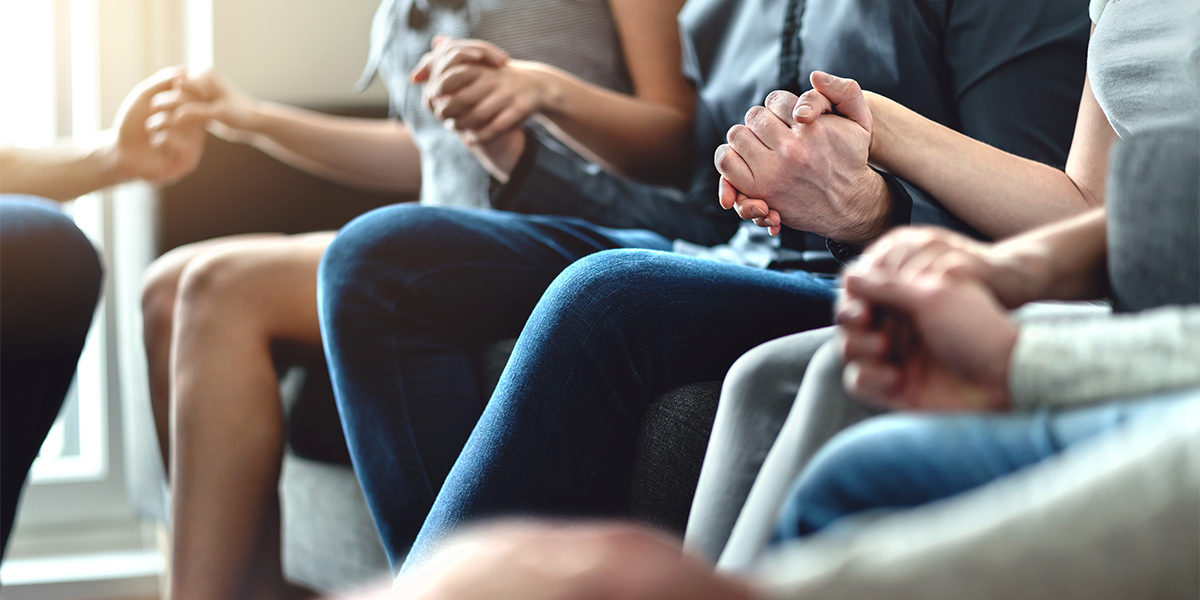 Let’s start with numbers. There are 8,760 hours in a year. For about 4 of them, people with diabetes will be sitting before a healthcare professional to talk about diabetes. The rest of those hours – 8,756 of them – people are doing diabetes on their own.

That’s a lot of time to be dealing with a health condition alone, especially one that is so complex and demanding, and impacts on all aspects of someone’s life!

And so, it makes sense that people with diabetes will look for support anywhere they possibly can to help with some of the burden of diabetes experienced during those 8,756. One of those sources of support is other people living with diabetes.

When someone is first diagnosed with diabetes, they are given a lot of information, and a list of people who will help them. But in most cases, those people are healthcare professionals. And while this is obviously a critical part of diabetes care other support avenues can be just as important and useful. Avenues such as peer support.

I’ve lived with type 1 diabetes for twenty-three years and I credit peer support as being one of, if not THE most important aspects of my diabetes management to help with the day-to-day trials of living with the condition. I am fortunate to have friends in real life as well as online who I can reach out to at any time of the day. Having friends living in most time zone around the world means there is always someone to talk me through a low, or build me up when I am feeling burnt out. Or friends who can share the joy and delight in moments where I have nailed an aspect of diabetes management, and need to celebrate.

Diabetes:M is a great choice for people newly diagnosed with diabetes. With its comprehensive feature set and advice functions, it can make life with the condition much easier.Learn more »

Peer support can be a lot more than simply tea and sympathy (although that too is important) and it isn’t new. In fact, many of the well-known and established diabetes organisations started when groups of people with diabetes, or parents of kids with diabetes, came together to back each other while also setting advocacy efforts alight to try to make life better for those with diabetes. There are countless grassroots organisations that started after someone or a group in the diabetes community saw a gap of support, so they filled it with something that was needed and wanted by others living with diabetes.

It can be a powerful channel to agitate for change. Organised and ad hoc lobbying has resulted in changes to the diabetes landscape from access to drugs, technology, and healthcare, to improved inclusion of people with diabetes in all aspects of diabetes care design.

And peers coming together can also create and deliver meaningful fundraising appeals. The annual Spare a Rose; Save a Child campaign was started by a group of diabetes advocates who came together to urge others with diabetes to make a financial donation to provide insulin for children with diabetes in under-resourced countries. In the nine years, that campaign has been running almost $350,000 has been donated by people with diabetes for people with diabetes – peers looking out for each other.

For people who have not found this kind of support, it may seem daunting to start. But there are some great ways to locate others living with diabetes. Check out local chapters of diabetes organisations to see what they offer in your area. Most face-to-face interactions have been put on hold during the COVID-19 pandemic, but online support has continued and flourished. Use hashtags such as #DOC (which stands for diabetes online community) on Twitter, Facebook and Instagram to locate others with diabetes. And ask your health professionals if they know of any groups that may be relevant to you.

Renza Scibilia is a diabetes advocate and activist living in Melbourne, Australia. She has lived with type 1 diabetes since April 1998.

This website uses cookies to improve your experience while you navigate through the website. Out of these, the cookies that are categorized as necessary are stored on your browser as they are essential for the working of basic functionalities of the website. We also use third-party cookies that help us analyze and understand how you use this website. These cookies will be stored in your browser only with your consent. You also have the option to opt-out of these cookies. But opting out of some of these cookies may affect your browsing experience.
Necessary Always Enabled
Necessary cookies are absolutely essential for the website to function properly. This category only includes cookies that ensures basic functionalities and security features of the website. These cookies do not store any personal information.
Non-necessary
Any cookies that may not be particularly necessary for the website to function and is used specifically to collect user personal data via analytics, ads, other embedded contents are termed as non-necessary cookies. It is mandatory to procure user consent prior to running these cookies on your website.
SAVE & ACCEPT